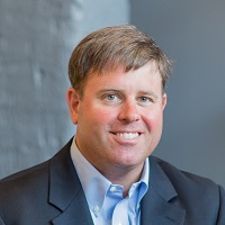 Brent Garrett, as Director of Commercial Sales at CarLotz, leads the Retail Remarketing™ business development and strategic partnership efforts.  Brent has been with CarLotz for eight years and helped launch the company’s commercial efforts.  Brent started his automotive career with Enterprise Holdings in 2003 and spent 10 years in both the vehicle remarketing and commercial fleet divisions. Today, in his role at CarLotz, Brent works with many of the largest consignors in the United States, helping to maximize remarketing proceeds. Garrett earned Auto Remarketing's Top 40 Under 40 award in 2015. He is actively involved in the International Auto Remarketers Alliance (IARA), serving as a Co-Chair on the Education and Conference Planning Committee, and received his Certified Automotive Remarketer designation in 2016. He is also active i the NVLA, serving on the conference planning. Garrett graduated from the University of Colorado at Boulder with a B.S. in Marketing in 1995 and lives in Norfolk, Virginia wit his wife and two sons.

Testimonials: How the IARA CAR Certification Advanced My Career