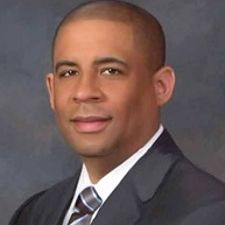 Head of Fleet Services for the Americas | Avis Budget Group

Doug Campbell is the Head of Fleet Services for the Americas at Avis Budget Group.  He leads an organization primary responsibility for vehicle acquisition and disposal.  In this role, he is responsible for acquisition of cars and trucks ($6-$10B) in the United States.  This includes responsibility for the relationships with all manufacturers and contract specifications.  His responsibility also includes the remarketing of vehicles for all brands and asset types.

Previously, Doug served as Vice President, Remarketing for Avis Budget Group for three years. In that role, he was responsible for the strategic leadership and oversight of the company’s disposal operations and strategy including wholesale, retail sales, and OEM program vehicles nationwide.  Doug led the growth of the company’s direct to consumer strategy including both their brick and mortar operations as well as the online purchasing program.  Under his leadership, retail operations have grown both physical rooftops and online sales resulting in ABG becoming a top 50 dealership group in the U.S.

Prior to joining Avis Budget Group, Doug joined AutoNation as Used Vehicle Director for AutoNation’s corporate office in 2014, supporting the Eastern United States. He then served as General Manager for AutoNation Honda Dulles from 2016 to 2018. In this time, he led, mentored, and developed a staff of 150 associates and increasing store profitability and volume, ranking as one of the top Honda stores in the country.

Doug started his career at Coral Springs Auto Mall for 18 years in a variety of progressive roles in Finance, Sales Management, and Executive General Management overseeing seven brands, new store openings, and a staff of 400 employees.

He currently serves as a board member for the IARA.  Doug attended the University of North Florida where he earned his Business Administration degree. Doug and his family currently reside in Chester, New Jersey with his wife, Simone, and two children, Douglas and Gisele.

IARA General Session: Consignors Coping with Change Beyond the Pandemic

This session is sure to provide great ideas and insight as you hear from consignors in multiple segments of the automotive industry about how they are coping with day-to-day changes throughout their business. More Info