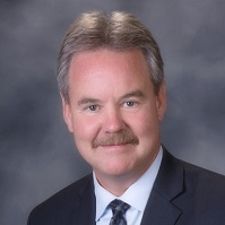 Native Illinois resident residing in Grayslake, IL, in 1985 Darrin received a BS degree in Economics from Illinois State University.  After graduating he worked for a large multi-line dealership in both fleet sales and retail sales for two years, until he transferred into their leasing division where he focused on new vehicle leases, along with leasing to smaller commercial fleets.

In 1989 Darrin shifted his career and began working for Wheels Inc., a global fleet management company based in Des Plaines, Illinois with over 300,000 vehicles under management.  His career started in the Vehicle Remarketing Department as a Regional Sales Manager where his primary responsibilities revolved around all aspects of remarketing off lease vehicles.

Darrin is a Member of the International Automotive Remarketing Alliance, the Used Truck Association and participates on both the Manheim Client Advisory Board, and the ADESA Advisory Board.  Darrin was also responsible for teaching remarketing strategies for selling vehicles for the NAFA Fleet Management classes from 1997 to 1999 and has also presented on many Remarketing panels at conventions in his 30 year career at Wheels.

IARA General Session: Consignors Coping with Change Beyond the Pandemic

This session is sure to provide great ideas and insight as you hear from consignors in multiple segments of the automotive industry about how they are coping with day-to-day changes throughout their business. More Info