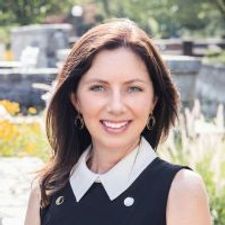 Tricia is the first woman to head the 73-year-old National Auto Auction Association, which represents more than 350 auction members and 130 associate members who comprise the leading remarketers of used vehicles and related auction services in the world.

Heon joined NAAA in 2011 as the Legislative Director and Operations Manager and was later promoted to Chief Operating Officer in 2019.

During her decade with NAAA, Heon has been responsible for the creation of its Political Action Committee, the annual Day On The Hill advocacy event in Washington, D.C., and the monitoring of federal and state regulations. She has also been instrumental in the development of various projects and initiatives, such as the study to address the auto technician shortage and reports on the future of the industry, as well as planning meetings, programs, and the convention.

Before coming to NAAA, Heon worked as a local government budget analyst and as a consultant projecting the impact of the federal budget on various entities. She holds a B.A. in Economics and Political Science from The University of Albany and earned a Masters in Public Administration at Syracuse University’s Maxwell School of Citizenship and Public Affairs.

The Real-Life ROI of a Solid Industry Education

Premier Industry training platforms join Auction Academy to discuss why and how they decided to become sponsors and contributors to the Auction Academy curriculum. More Info