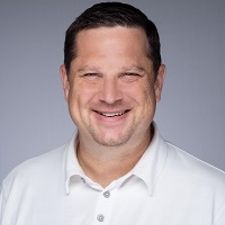 Scot Ford began his career in automotive what seems like a lifetime ago, in the Pacific Northwest at an Anacortes, WA franchise dealership after attending Western Washington University. At the dealership, he learned the basics of retail and knew that he wanted to spend his life in automotive.  From a single point franchise store, Scot made his move to GMAC, where he held a variety of progressive roles. from an Account Analyst in Bellevue, WA and Phoenix, AZ  to  Remarketing Analyst at Manheim Utah, ending his eleven years at GMAC as a Dealer Relations Manager in Phoenix, AZ.  He spent the next three years at Openlane as the National Independent Auction Manager, assisting in the building of programs for the independent auction community.  Ford continued in digital remarketing for another year with Liquid Motors.   In 2013, Ford returned back to Seattle and joined the Auction Edge team as Auction Relationship Manager. For the past 7 years, Scot has been proud to represent Auction Edge and its' over 200 independent auction partners. He’s honored to be part of the best Auction Academy class, Class 6, where he completed his IARA CAR Certification and NAAA Safe T Sam Certification. When he is not representing Auction Edge, Scot loves spending time with his three children and is always happiest when on the water in Pacific Northwest.

Auction Academy Graduates: Next Generation of Auction Leaders Discuss their Vision of the Industry's Future

This next generation of auction leaders will share their visions of the industry's future direction and their spent with Auction Academy. More Info