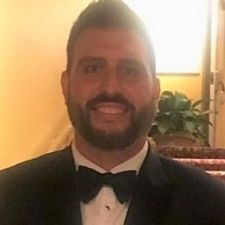 Justin Soghomonian is the Vice President of All Valley Dealer Auto Auction.  Son of Vahe Soghomonian who opened his first auction in 1986, which began as a small silent bid sale out of a very small office in Van Nuys, Ca. Justin has been working for the auction since he was 16 years old, and has assisted on making it a four lane auction in North Hollywood, running 900 cars a week. He became Vice president in 2008 after working closely with the Fleet Lease Department, and Sales Representatives to grow sales inventory. He also oversees lot operations making sure that everything is set for the weekly auctions. Justin is a graduate of Woodbury University majoring in business. He is a proud husband and father of his first Son Jaxon who just turned 18 months last week.

Gaining Ground Against the Odds

Join us for this discussion about how auctions managed their businesses and expanded throughout 2020 and beyond. More Info