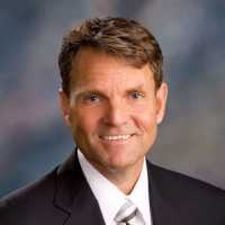 During his 36 year career at GE and now Element, Paul Seger has held multiple positions within the fleet services and consumer finance vehicle remarketing divisions.  Paul was instrumental in navigating the consumer finance business through one of the most challenging cycles in the automobile industry and, along with his team, was responsible for mitigating millions of dollars in forecasted residual value losses. In addition, Paul is a GE Six Sigma Green Belt with multiple quality improvement projects to his credit.  Beginning in 2008, Paul led the launch of GE’s automotive remarketing services business for non-lease customers.  In 2015, Paul was named Consignor of the Year by his industry peers.  Since 2018, all Element Remarketing operations report to Paul.   He is on the IARA board of directors served as President in 2021.

This panel of consignors, who are also IARA officers, will discuss their remarketing strategies and how the IARA is developing and implementing the industry initiatives to help make its consignor members successful. More Info