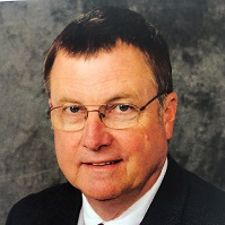 Jeffrey Barber is the President and Owner of State Line Auto Auction, the largest independent auto auction in New York State.  A 37-year industry veteran, he became the sole manager of the 3 year-old business in 1984, upon the death of his father.

The auction is situated on over 200 acres in Waverly, NY, and has grown from a small site to its current average consignment between 1100 and 1300 vehicles.  In addition to dealer vehicles, SLAA sells for many commercial accounts including national banks, credit unions, subprime lenders, manufacturers, and captive finance companies. The auction has a long tenured staff, and Jeff takes great pride in their years of expertise and customer service excellence.  Today, State Line Auto Auction has proceeded into its third generation of family ownership.  Jeff’s daughters Emily and Beth, along with his son, Paul, are involved in all aspects of the auction’s operations, along with their mother, Jean.  His oldest daughter, Kate, is an attorney in Washington, DC.

Jeff was designated a Warren Young Fellow by the National Auto Auction Association (NAAA) in 2011, was named the 2014 Bobit Business Media’s Remarketer of the Year, and was the recipient of the Industry Pioneer Award from the NAAA in 2019. State Line Auto Auction was a founding member of the ServNet Auction Group.  He is also a board member of the NYIADA.

Define the future direction of the auction industry.... More Info